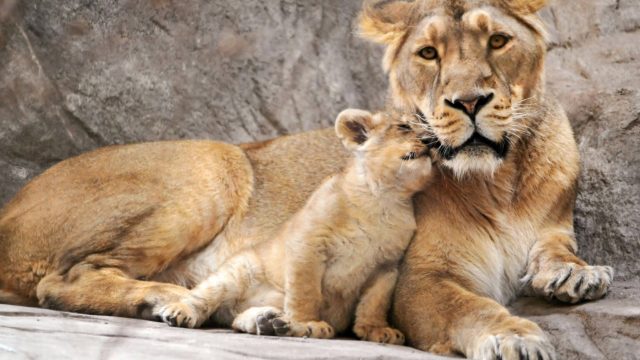 To celebrate the upcoming release of Disney’s groundbreaking new film The Lion King, The Walt Disney Company has announced a global conservation campaign to raise awareness of the crisis facing lions and other wildlife across Africa.

The Lion King “Protect the Pride” campaign focuses on protecting and revitalizing the lion population, with Disney lending its support to the Wildlife Conservation Network’s (WCN) Lion Recovery Fund (LRF) and their vision to double the lion population across Africa by 2050 through efforts that engage communities to ensure a future for African wildlife and their habitats.

In the 25 years since Disney released the original version of The Lion King, Africa’s lion population has been halved due to a variety of threats that include poaching and destruction of habitats.

Only about 20,000 lions remain in the wild, but research shows their numbers can be strengthened by adequately protecting the habitats they share with people and other African wildlife, in addition to protecting the lions themselves.

“Disney is committed to supporting lion conservation efforts and we believe The Lion King is the perfect story to remind us of the role each of us has in ensuring a world where these majestic animals are treasured and protected,” said Elissa Margolis, senior vice president, Enterprise Social Responsibility for The Walt Disney Company. “Conservation has always been a core value of The Walt Disney Company and that commitment is apparent in everything from our films to our theme parks and is why we created the Disney Conservation Fund (DCF). Through the stories we tell and the experiences we create, we have the power to reach people around the world and inspire them to take action with us.”

Disney has already donated more than $1.5 million to the LRF and its partners, and plans to double that amount through additional grants, as well as participation from fans, for a total contribution of up to $3 million.

The Lion King Protect the Pride donation will mark the largest single contribution in the 24-year history of the Disney Conservation Fund, which has previously directed $75 million to save wildlife globally, including $13 million to protect African wildlife spanning more than 30 countries.

The LRF supports a variety of partner organizations working in Africa and employs a three-pronged approach to lion recovery: investing in conservation projects on the ground, developing campaigns that build support for the protection and revitalization of Africa’s lion population, and expanding and strengthening collaborations, as no single entity will be able to solve the problem alone.

To kick off The Lion King Protect the Pride campaign, Disney and WCN recently assembled more than 80 of the world’s leading lion conservation experts, from 18 countries and representing more than 50 organizations, for the Lion Footprint Forum at Walt Disney WorldResort. During the meeting—the first of its kind in 20 years—the participants collaborated to develop strategies to address challenges impacting lion populations and help ensure a future for the species, as well as other wildlife across Africa.

Resulting ideas and project proposals will be considered for support through the LRF. Additional information about the LRF’s lion conservation efforts may be found at LionRecoveryFund.org.

This summer, in addition to purchasing The Lion King-related merchandise, including special-edition Simba and Nala plush lions available at certain Disney stores, on shopDisney.com, and in select U.S. Disney Parks and Resorts locations, fans can discover additional ways to join Disney in celebrating WCN’s Lion Recovery fund at Disney.com/LionKingProtectThePride.