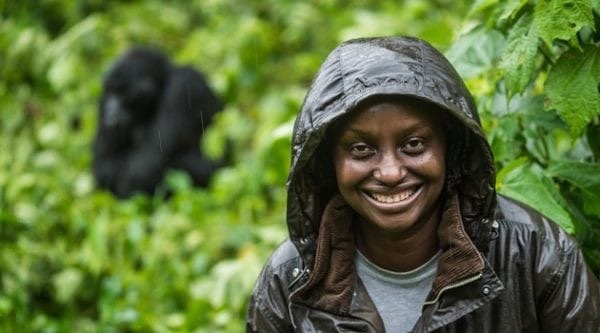 Dr Gladys Kalema-Zikusoka, a pioneering female wildlife vet in Uganda, has been nominated for the 2019 Tusk Award for Conservation in Africa.

The award, administered by the Tusk Trust in the UKand patronised by the Duke of Cambridge Prince Williams, seeks to support wildlife and habitat protection.

Dr Kalema-Zikusoka will have to get past fellow nominees Jeneria Lekilelei from Kenya and Tomas Diagne of Senegal to collect the accolade in London come November this year.

Announcing the shortlist for the 2019 Tusk Award for Conservation in Africa, the Tusk Trust CEO MrCharlie Mayhew said:

“Thanks to the dedication of these extraordinary men and women working on the front line of conservation, there is a brighter future for Africa’s wildlife. To them extinction is simply not an option.”

Dr Kalema-Zikusoka was the first woman ever appointed as a veterinary officer for the Uganda Wildlife Authority (UWA) and is a pioneer in restoring wildlife in several national parks following massive poaching during civil war in Uganda.

She has since founded a conservation NGO called Conservation Through Public Health, which focuses onpreventing mountain gorillas and other wildlife from contracting livestock and human diseases.

She also uses information and communication technology to aid both local development and environmental education.

In 2015, Dr Kalema-Zikusoka launched Gorilla Conservation Coffee, a project that has improved the livelihoods of communities around gorilla parks by negotiating international market prices for their Arabica crops and generating valuable alternative income.

Kenya’s Jeneria is an exceptional conservationist and remarkable tracker, who can locate a lion in almost any situation.

Senegal’s Diagne, who is a biologist/conservationist and Director and Founder of the African Chelonian Institute, has for the past 26 years focused his work on the protection of tortoise and the freshwater and sea turtles of West Africa.

“As so much of the natural world continues to face the alarming and real threat of extinction it is vital [that] we recognise how much we owe to conservation’s unsung heroes whom the Tusk Awards shine a spotlight on. Living alongside Africa’s precious wildlife means they each face huge challenges, but their bravery and determination to preserve all life on the planet gives me hope for the future.  I’m proud to have the opportunity to thank them for their incredible achievements.”

The Tusk Conservation Awards in partnership with Investec Asset Management will be presented at a ceremony in London in November 2019.