Carcasses of 87 elephants have been found near a famous wildlife sanctuary in Botswana, conservationists say.

Elephants Without Borders, which is conducting an aerial survey, said the scale of poaching deaths is the largest seen in Africa.

The spike coincides with Botswana’s anti-poaching unit being disarmed.

Botswana has the world’s largest elephant population, and poachers are very much aware of this.

The scientists carrying out the extensive wildlife survey said many of the 87 dead elephants were killed for their tusks just weeks ago – and that five white rhinos too have been poached in three months.

A very shocking and deplorable development.

“I’m shocked, I’m completely astounded. The scale of elephant poaching is by far the largest I’ve seen or read about anywhere in Africa to date,” said Dr Mike Chase from Elephants Without Borders.

And the problem is only growing, according to Dr Chase.

“When I compare this to figures and data from the Great Elephant Census, which I conducted in 2015, we are recording double the number of fresh poached elephants than anywhere else in Africa,” he added. 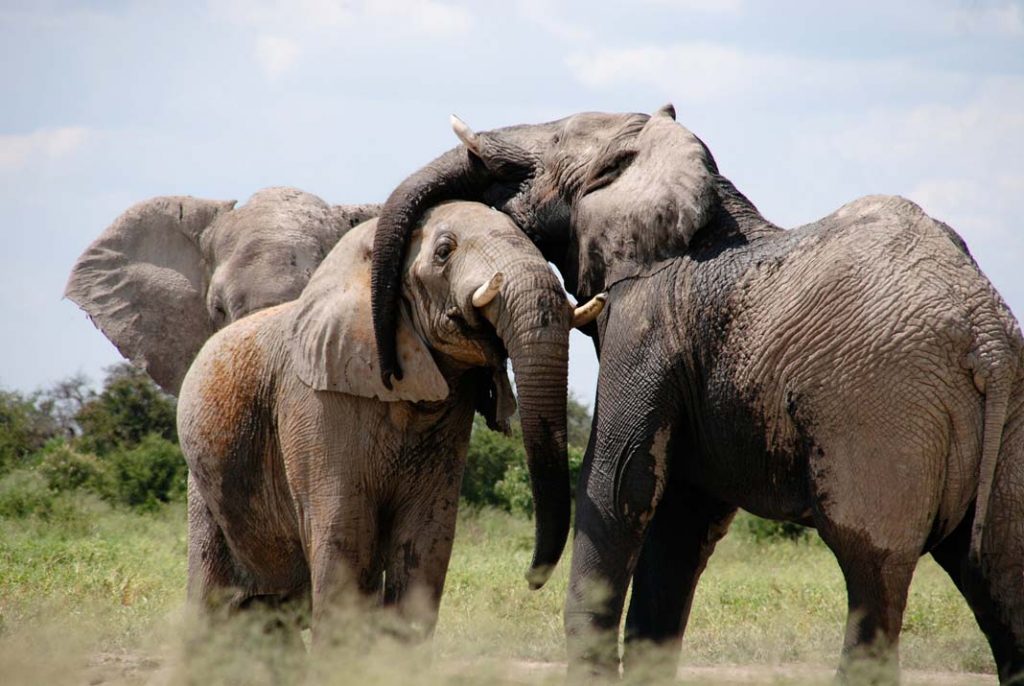 Most of the dead elephants seen in Botswana had their tusks removed.

Botswana has had a reputation for an unforgiving approach to poachers and had largely escaped the elephant losses seen elsewhere.

Despite a lack of fences on the international border, data from tracking collars showed elephants retreating from Angola, Namibia and Zambia and deciding to stay within the boundaries of Botswana where it was thought to be safe.

Incidents of poaching in the country were rare because of armed and well-managed anti-poaching units.

With 130,000 elephants, Botswana has been described as their last sanctuary in Africa as poaching for ivory continues to wipe out herds across the rest of the continent.

The first sign that the tide was turning came two years ago when the BBC flew with Mr Chase close to the Namibian border and he discovered a string of elephant carcasses with their tusks removed for the first time.

But these latest killings have been found deep in Botswana – close to the world-famous protected Okavango Delta wildlife sanctuary, which attracts throngs of tourists from around the world.

This has hit conservationists where it hurts most.

“People did warn us of an impending poaching problem and we thought we were prepared for it,” said Mr Chase, who pointed to the disarmament of the country’s anti-poaching unit as a cause. “The poachers are now turning their guns to Botswana. We have the world’s largest elephant population and it’s open season for poachers. Clearly we need to be doing more to stop the scale of what we are recording on our survey.”

The government disarmed its anti-poaching units in May – a month after President Mokgweetsi Masisi was sworn into office.

The units have focused much of their effort on the border regions, which have historically been more vulnerable.

A senior official in the president’s office, Carter Morupisi, told journalists in Botswana at the time that the “government has decided to withdraw military weapons and equipment from the Department of Wildlife and National Parks’, but he did not explain why.

Botswana’s 2018 Wildlife Aerial Survey is only half-way through and conservationists fear the final figure of poached elephants will be a lot higher.

The survey area is split into sections, or transepts, and the plane flies back and forth like a lawnmower cutting the grass – turning at each end to ensure nothing is missed.

Conservationists fear the scale of this new poaching problem is being ignored as it is bad for the country’s reputation.

“This requires urgent and immediate action by the Botswana government,” said Mr Chase. “Botswana has always been at the forefront of conservation and it will require political will. Our new president must uphold Botswana’s legacy and tackle this problem quickly. Tourism is vitally important for our economy, jobs, as well as our international reputation, which is at stake here as being a safe stronghold for elephants.”

In June, some members of Botswana’s parliament presented a motion to end a ban on elephant hunting, citing increased population and human-wildlife conflict as a reason.

There are an estimated 130,000 elephants in Botswana.But elephants are on an alarming decline world-wide, and saving the few living in Botswana could prove vital to the species’ survival in the future.