A Chinese tourist has died, and his colleague injured after being attacked by a hippo they were trying to photograph. Chang Ming Chuang, 66, was pronounced dead on arrival at the Naivasha District Hospital, according to the Kenya Wildlife Service (KWS). His colleague, 62-year-old Wu Peng Te, survived with minor injuries.

“[We are] sad to announce the death of a Chinese tourist who was attacked by a #hippo while taking pictures on the shores of Lake Naivasha yesterday evening,” tweeted the Kenya Wildlife Service on Sunday. “His colleague survived with minor bruises and was treated at #Naivasha District Hospital.”

The deadly encounter took place near the Lake Naivasha Sopa Resort hotel, 90km (56 miles) north-west of the capital, Nairobi. Witness James Omollo said the man – trying to get nice shots of the hippo – got too close to the animal which turned against him, biting him on the chest.

He said the victim was “bleeding profusely”.

When hippos attack, they slash and bite with their incisor teeth, which can measure up to 40cm (1.3ft) in length. 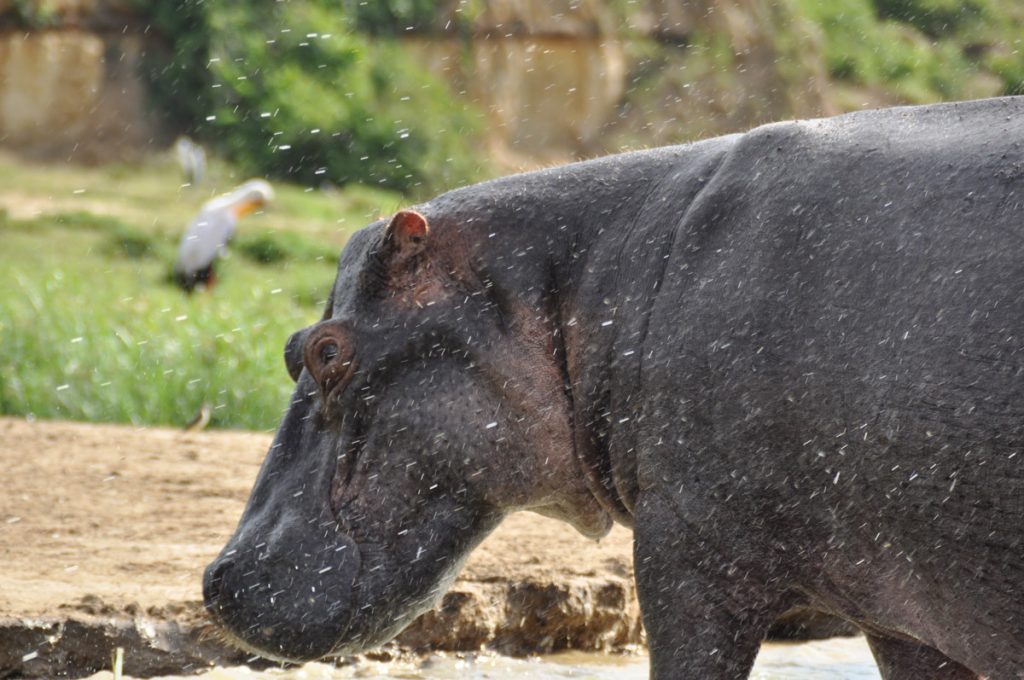 More than five people have been killed by hippos in this area this year alone, according to Kenya wildlife officials.

Hippos kill anywhere between 500 and 1000 people in Africa on an annual basis – making it Africa’s deadliest animal, only second to the mosquito, which is responsible for thousands of fatalities via malaria transmission.

The hippo is moody and territorial, and its bad attitude means it requires little provocation for them to charge.

David Kilo, chairman of Lake Naivasha Boat Owners Association, told Kenya’s Star newspaper that rising water levels had reduced pasture areas for hippos, forcing them on to nearby farms and hotel grounds, and increasing contact between the mammals and humans.

Tourists have gotten on with the drift, some even looking at it as a blessing in disguise as it presents them with the perfect opportunity to see and document these large mammals. Those who have failed, however, to keep the distance have paid a hefty price. A price that leaves no one at gain.

KWS continued on twitter assuring people that they are tracking the hippo involved in the deadly attack.

Hippos once had a broader distribution but now live in eastern central and southern sub-Saharan Africa, where their populations are in decline.