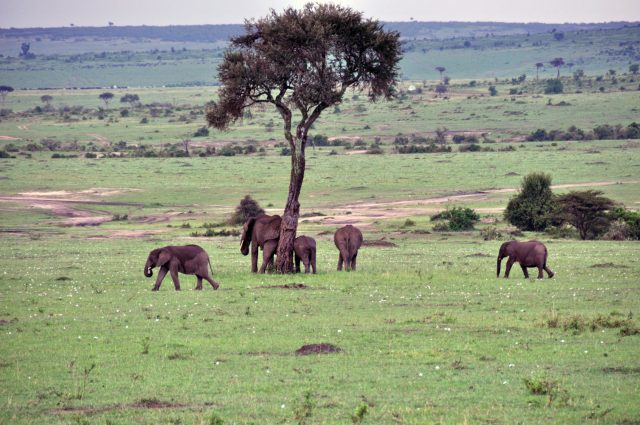 Last month I was lucky to take a trip to Kidepo Valley National Park (KVNP) in northeastern Uganda. Besides traversing one of the most picturesque landscapes of Africa, I also met Bullbul, the park’s famous elephant that swigs beer and dances; I saw lions, cheetahs, leopards and so much more.All I can say is that you have not lived until you travel, and you have not travelled if you have not been to Kidepo.

The 2013 CNN Award-winning park lies in a rugged semi-arid valley found near the Uganda, Sudan and Kenya borders. Tucked 700km (440miles) away from the capital Kampala, Kidepo has remained pristine just it was in 1962 when it was gazetted as a national park.

Low human traffic means low human encroachment on the animal habitat, which then means wildlife has a better chance to thrive here than in most parks. This park is home to some of the world’s most magnificent flora and fauna.

“Here we have 77 different species of mammals and 475 of birds,” reveals Steven Nyadru, the UWA tourism officer at Kidepo Valley National Park. “We are Uganda’s most isolated national park. Without the crowds seen in Masai Mara, the few travelers who come here still rank us among Africa’s finest wildernesses.”

During the dry season, water in the park can only be found in wetlands and remnant pools in the broad Narus Valley near Apoka. These seasonal oases, combined with the open savannah terrain make the Narus Valley the park’s prime viewing location. This valley draws all animals together as they come to drink on the water.

Some animals make several trips to the waterhole in a single day, others come once
in a day, others once a week or even weeks. If you are lucky enough you could even witness some Predator versus Prey action.

Mr Phillip Akoromwe, a ranger at Kidepo, says that all the Big Five animals (that is to say; lion, leopard, elephant, buffalo and cheetah replacing the rhino in this case) share territory on the 1,442 square kilometer park.

No game guide gives you guarantee to see all the big animals in a single trip but Akomomwe says if you have to bet on where you could see all of them in one day in Uganda, then Kidepo is the safest bet.

“I do not have an appointment with the lion or leopard,” Akoromwe jokes before boasting. “But the chances of seeing the cheetahs, elephants, lions, buffalos and leopards are higher in this park than anywhere else. This is besides ostriches, foxes and the hugest herd of buffalos in the world. They are more than 10,000.”

In fact, Kidepo is the only place where you can see the world’s fastest land animal, the cheetah race with its prey in a deadly game of survival for the fastest. The world’s most iconic animal, the lion is also easier to spot here than in most parks. Lions usually hang on top of rocks in the open plains.

However, if you are the type that loves getting close and personal with wildlife then the top highlight is a meeting with Bullbul, the elephant that swigs beer and dances. It is kind of habituated and does not fear or harm human beings (but takeno chances, this is still a wild animal).

Bullbul is a man of the people, and a man of many wives (in most parts of the
country that kind of man is called Maka Kumi, literally meaning, a man of ten homes).

Recently he was in South Sudan. He keeps between the two countries. “You should have seen the jubilation in Kidepo when he came back here,” recounts Nyadru. “He swaggered back with a son in tow. We know he has a second family in South Sudan. So, he budgets his time between the two families. That explains his disappearance without a forwarding address.”

Elephants are some of the most intelligent animals in the world. Some of the signs of their intelligence include the ability to recognize themselves in the mirror; the ability to keep a memory for 60 years; learning tricks from human beings etc. That is why Bullbul is both brawn and brains. Another amazing aspect of Kidepo National Park is the Ik people, which is one the smallest ethnic groups in Africa.

So unique their culture mesmerizes even the widely traveled linguistics and anthropologists. Preserving the Ik is as important as conserving the wildlife here. The lions in Kidepo are not many but they are relatively easier to spot as they enjoy climbing some of the several rocks to be able to scan the sprawling plains for dinner. The sprawling savanna combined with lush mountain ranges and vast plains gives Kidepo a picturesque backdrop that can easily pass for a painting. There are around 500 bird species and 77 different mammals to see here so there is no shortage of tourist attractions in this part of the country.

Kidepo: a very important place for conservation and tourism in Uganda.

How to get there
Kidepo national park is about eight to 10 hour-drive from Kampala City or a 90-minute flight from Entebbe International Airport. There are public means of transport but a private 4WD is highly recommendable. There are three main routes to get there. One can either use the Mbale/Namalu route, Soroti/Moroto highway or via Kitgum.

There is accommodation for every budget. Apoka Lodge is top of the range for the high-end accommodation and dining. On its heels comes the newly established Savana Lodge with impeccable services, beer and mouthwatering cuisines.

If you are looking for budget accommodation, the Uganda Wildlife Authority bandas will come in handy. A banda costs between Sh30,000 and Sh50,000 a night. Katurum Lodge is a private budget lodge that you could consider as well. Booking in advance is ideal. Food tends to run out at most of these places especially in the evenings.

Did you know?
The Dodoth pastoralists and Ik farmers lived in the area before it was gazetted as a game reserve by the British colonial government in 1958.

Then in 1962, the newly independent government of Uganda under Milton Obote converted the reserve into the Kidepo Valley National Park. The first chief warden of the park was Ian Ross, a Briton. In 1972, Paul Ssali, a Ugandan, replaced him. Their handover and training was the subject of the 1974 American documentary film, The Wild and the Brave.

Today Kidepo has braved every conservation challenge nature and humankind have thrown at it to raise into Africa’s top five must-visit national parks.