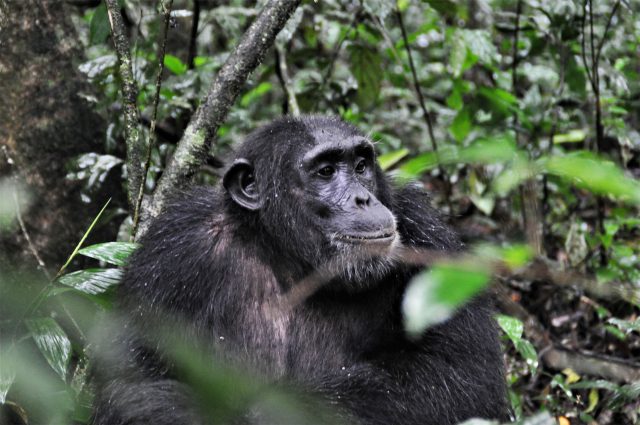 Continuous human encroachment on wildlife habitat has left animals with no choice but to collide with people on a deadly course. In retaliation, people have turned to lethal methods to counter “offending” animals. Animals have struck back; and the cycle goes on. But the people living near Kibale National Park in eastern Uganda are working to reverse this trend in their area.

Solomon M. Oleny looks at the effective techniques the people of Kibale have employed to resolve negative encounters between wildlife and humans.

The mention of the African elephant triggers fascinating images in the mind of an animal enthusiast. But for the rural folks of Kibale this was the symbol of ‘Public Enemy’ number one; well, that was at least the mindset before 2013.

The world’s largest land animal was notoriously associated with destroying people’s gardens in this part of the country. The subsistence farmers here major in maize, bananas, beans, sweet potatoes and other crops that flourish in the tropical region.

On the other hand, a menu with any or all the above crops excites the elephants; and when they raid, they eat in tons and stomp on the rest leaving a garden completely down.
This devastated the farmers whose entire household survived on peasantry. With few options to them, households obliged their children to watching over the gardens—at the expense of their Education.

Day in day out, they would spend much of their day in the garden to keep guard. A kid guarding a garden against a hungry elephant is an imbalanced match-up, but it had to be. The kids knew what to do and somehow they managed to fend off their gigantic foes. Well, once in a while.

Sixteen-year-old Timothy Rujabuka says that whenever the elephants hit the gardens, he and other kids would stir irritating noise that freaked the animals out. “We’d hit tins, scream and ululate aloud,” he says. “But even the loudest noise was sometimes not enough to drive the elephants away.”

It was a game of numbers, according to Rujabuka, a Primary Seven pupil of Busabura Primary School, one of the elementary institutions in Kibale area. “When they were so many, there was nothing we could do so we would take off or take cover and look on,” the juvenile narrates.

They succeeded a few times but miserably failed most of the times. Elephants are social animals that usually move in groups. “At the end of the day, the people felt deprived of food and incomes,” says Kibale Primatologist Julia Lloyd. “This impacted livelihoods, attitude and support for conservation.”

Lloyd says that out of desperation for survival, the communities turned to poaching wildlife from the park that is widely regarded as the “Primate Capital of Africa.” Established at the end of the 18th Century, Kibale boats of 13 species of primates (the highest density of primates in Africa).

In disguise of defending their livestock and gardens, people almost freely poached animals. They mostly targeted the forest buffaloes for their meat which looks like ‘cow meat’ and therefore easy to sell on the black market.

To heighten their chances of walking away with a fruitful loot, they would set snares along trails used by these herbivores. “From the look of things, it was clear to see that it wouldn’t be long before they would start hunting down elephants. See, their ivory fetches insane profits compared to buffalo meat,” adds Lloyd.

At the time, a pair of ivory weighing roughly 60 kilograms was fetching up to $10,800 (around Shs40milion) on the black market. A life-changing figure, far more than what most Ugandans can make in their entire lifetime.

Big money. Big temptation. A big problem.
The key concern here is that elephants are endangered and listed under Appendix I of the Convention on Endangered Species of Flora and Fauna. And this windfall simply was bound to cause mayhem.

A solution just in time
Afraid for the worst, many interventions have been established by the Uganda Wildlife Authority (UWA). Such included physical guarding, scare-shooting, excavation of trenches, growing of unpalatable crops and fire lighting.

According to Wilson Kagolo, the Warden in Charge of Conservation at the Park, these measures generated varying degrees of effectiveness but largely did not solve the problem.

In this regard, the Acting Assistant Commissioner for Wildlife Conservation at the Ministry of Tourism, Wildlife and Antiquities Mr George Owoyesigire recommended a solution that would not only reduce man-animal encounters but also improve the welfare of the
people living near the park.

This is how the African honeybee (Apis mellifera scutellata) project in Kibale was born. Owoyesigire’s recommendation followed a three-year study he carried out. The study came to a realization that elephants don’t bow to scare tactics. Instead, a swarm of ‘little stingers’ could be irritating and would deliver the kind of pain that drives away these giants.

Owoyesigire further explains that beyond this cause, the study was purposed to conserve the bees too as they are endangered. A situation blamed on agricultural chemicals, diseases, parasites and stress.

So, this is like hitting two birds with one stone. Between 2013 and 2015, over 500 beehives were placed along the park boundaries, at elephant crossing points.

The project which cost roughly $3,000 (around Shs10million) was funded by well-wishers of the park especially organizations at the forefront of conservation like Cleveland Metroparks, Sacramento zoo and National Geographic.

There are 281 beneficiaries of the project. Mr Caleb Ahereza (32) the project team leader says everybody is happy with the project. It is making money and it is keeping the elephants away too.

Mr Aherezan is delighted that there has been a considerable decline in elephant crop raids along the 4.8kilometer stretches rounded by the beehives.

Preliminary findings indicate that while there were 44 incidences observed in 2012 and 12 in 2013. There were only three incidences last
year.

A collective approach collectively, these benefits have illustrated a significant level of
effectiveness in the bee approach. As such, it has been overwhelmingly embraced by all the five communities surrounding the park namely Kabugerire, Busabura,
Kahondo, Kivima and Kyabakwerere.

Last year alone, they harvested 215kilograms of honey from the 150 partially colonized hives. According to projections, the hives will start producing their full capacity in two years’ time thou. Each is expected to generate 11kilograms. Considering a kilogram of honey goes for Sh12, 000 and there are two harvests a year, they are looking forward to reaping Shs264,000 per hive each year. That’s roughly Sh132,000,000(nearly $40,000) for the 500 hives.

When the Uganda Wild at Heart team visited, the project beneficiaries were undergoing training on how to maintain their hives in a way that effectively attracts more bees. More bees means more honey; more honey means more money. Plus, soon the honeybee farms will be added to the list of tourism products in this area.

Five years ago, this community of about 176,446 people (according to the Uganda Bureau of Statistics conducted population census of 2014) were on a deadly collision course with nature, but today they’re reaping the fruits of co-existing with nature.

Kibale is a pristine forest wildlife reserve in Western Uganda famous for being home to 13 species of primates that abound in her inclusive of Chimpanzees, man’s closest relatives.
It is known as the ‘primate capital of Africa.’